We are not just tour planners. We love Japan deeply, and enjoy sharing that love, not only through our tour offerings, but through our media platforms as well. You can find inspiration for your trip by taking a look at our social media outlets below:

This trip was planned for the die-hard anime fan and those wanting a real-life experience of some of their favorite Studio Ghibli films.

Welcome to the sprawling metropolis that is Tokyo! After checking into your hotel you will meet your Kichi Japan representative who will orientate you to your trip. After you've been briefed on the ins and outs of your time in Japan, you'll jump straight into one of the city's hottest spots for anime fans - Akihabara. Packed with gaming arcades, comic book and anime stores, virtual reality experiences and dozens of 'otaku' (die-hard anime fans) roaming the streets - it's a definite eye-opening experience into a rather quirky side of Japanese culture. Lunch at a maid-cafe (think 'kawaii' waitresses with cat ears singing songs and serving very 'kawaii' food) is an experience you will not be forgetting any time soon! Akihabara is also a great place to stock up on any electronics you may need with every corner boasting some kind of new or used electronics store. As the day turns to night, you'll head to Shimbashi - an area where the smells of Japanese BBQ waft out through the restaurant doors and invite you in for a delicious culinary experience you won't soon forget.

Dubbed as Japan’s Disney, Studio Ghibli has created some of the most iconic anime films in history. Much of the content was based on actual locations in Japan and today you'll get a chance to see some of these in real life. numerous film locations that we wanted to see in real life. Your first stop is the heart of this pilgrimage, the Studio Ghibli Museum in Mitaka. Here you learn all about Hayao Miyazaki’s inspiration in creating his works. A bit further west you'll find the Edo Architectural Museum which is said to be the inspiration for the award-winning movie “Spirited Away”. Then, make your way into the city to take in the site of the giant Ghibli clock and watch the automaton clock show at Nittele Tower. After the show, treat yourself to a snack in Shiro-hige’s cream puff factory and marvel at these super- kawaii' Totoro desserts.

Today, you will get to know more about Totoro as you visit his home, the Totoro Forest. Located between Tokyo and Saitama, just a short ways from the forest is where you can find the real Totoro, at Kurosuke’s house. If you're a nature enthusiast, you will love exploring the forest which transports you straight into the realm of the Totoro film. Once you've had your fill of Totoro, you'll head to a small town on the outskirts of Tokyo to see the film location of the 1995 Ghibli film “Whisper of the Heart”. Here you'll enjoy a 30-minute walking course its quaint streets as you revel in this real-life anime experience. You'll then board your first bullet train and spend the evening in the city of Nagoya.

Be prepared for an early start today as you continue your journey with Totoro with a visit to his friends’, Satsuke and Mei’s house. After that, you hop on another bullet train and make your way north to Nagano. What awaits you here is another Ghibli-inspired film location featured in Spirited Away. In Shibu Onsen you will find Yubaba’s bath house where Haku and Chihiro worked. It is also an operating ryokan inn where you will stay the night. It is the perfect place to relax in a Japanese onsen hotspring and only a short journey from the famous bathing snow monkeys.

Just north of Niigata lies Sado Island. It was originally used as a place to exile criminals off the mainland, and experienced its own 'Gold Rush' in the 1600s. This part of your trip will expose you to the quiet beauty of rural Japan. Tantalize your tastebuds with delicious local seafood, hike the islands stunning trails, explore ancient fishing villages, and ride a tarai bune. These traditional wooden washtub boats floating on clear blue appeared in the film Spirited Away and are another stop on your anime pilgrimage.

The next part of your journey takes you west to Hiroshima. Your first day will entail quite a bit of travel, so your first evening will be spent relaxing and enjoying some of the city's distinctive cuisine - first and foremost of which is okonomiyaki! On your second day, you will visit another location inspired by yet another Ghibli film, Ponyo.  Tomonoura is a fishing village that has a horseshoe-shaped harbor overlooking the picturesque Seto Inland Sea. Your day will be spent enjoying its beaches, witnessing the skill of the local fishermen as they work for their daily catch, and marveling at the architecture of its old stone lighthouse which is over 150 years old.

Move onto the island of Shikoku today! A continuation of Spirited Away pilgrimage, here you will find another Ghibli-inspired Japanese traditional bath house called Dogo Onsen. This is one of the oldest onsen in the entire country and its passages are a marvelous maze for travelers to explore. You'll also visit Ishiteji temple which is part of the historic Shikoku Pilgrimage route. One of its more interesting features is a 200m cave connecting the main hall and inner temple area. It's Niomon gate is beautiful and has been designated as a National Treasure. The temple also remains one of the best examples of Kamakura era architecture in Japan! Although there won't be time for it on this trip, Kochi, another town on Shikoku, was the principal setting for Ocean Waves, a TV anime created in 1993 by trainee animators at Studio Ghibli.

From Shikoku to Kyushu, today you'll wander the paths of the famous floral village, Yufuin. The design of this theme park was based on the UK Cotswolds and was also a shooting location for the Harry Potter films. A little bit of a digression from Studio Ghibli and anime, but worth it in our opinion! If you’re a fan of Kiki’s delivery, you can find the real Kiki’s bakery here while Snoopy fans will have a field day in the town's Snoopy Cafe.

Your final stop is the Yakushima Island Primeval rainforest. This island filled with thousand-year-old cedars and moss-covered floors was the inspiration for the award-winning Princess Mononoke. It's been designated as a UNESCO World Heritage Island and has a mystical quality which is almost palpable. A lush ravine on the island called Shiratani Unsuikyo inspired the film’s animators, just as Ghibli’s films will surely inspire viewers for generations to come.

Sadly your pilgrimage has come to and end! You will end where you began in Tokyo. Here you will leave Japan behind, but take with you a suitcase of memories that will last a lifetime.

As the title indicates, this journey was crafted especially for anime lovers. Many of the locations chosen have been the inspiration for several Studio Ghibli films, but the itinerary also touches on a few other favorite cartoon characters, like Snoopy! From the bustling city of Tokyo and hotsprings of Nagano, to the rural island of Sadoshima and ancient forests of Yakushima; this pilgrimage was built for the die-hard ‘otaku’ and is a dream fulfilled for those who’ve always wanted to see the anime worlds they love come to life. 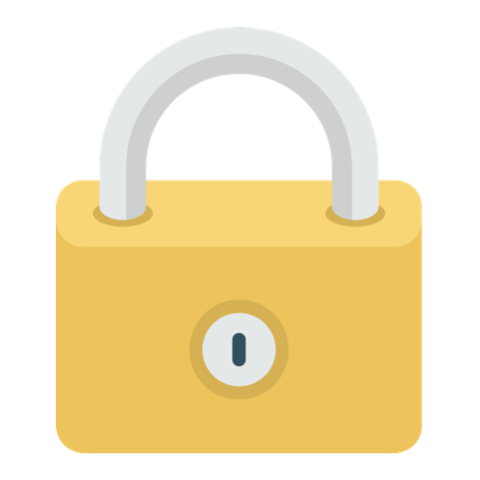